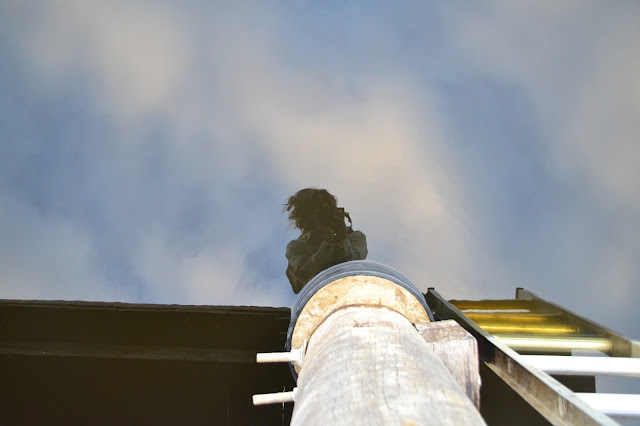 Place Read: Newcastle, Australia
Source: Kelcie’s bookshelf, Lewis House
Time: March 2016
Version/Edition: The Complete C.S. Lewis Signature Classics (2007). Harper Collins.
Initially, C.S. Lewis didn’t even publish A Grief Observed under his own name– he considered too raw, too much of a shock for his Christian readers. But he wanted people to have a voice from his own experience of losing his wife to cancer– and the rawness, I find, is beautiful. If you haven’t faced death or loss, it might not make much sense. I’m sure I don’t understand its four chapters in its fullness, I don’t pretend to know the depth of grief he’s writing about. But somehow, in the honesty of his own pain– I finally began to understand my own grief, the natural journey of mourning.
That’s the thing about authors writing their own story, honest and raw. Readers connect, they put themselves in the story. Obviously I’m not an elderly Cambridge professor who has lost a spouse. But have I lost things in my twenty-two years, faced with grief that I cannot comprehend or wish away with a simple prayer? Yes, yes I have.
For so long I thought I shouldn’t write down those experiences because it would just expose and deepen my pain. I gave myself leave to cry one day, not every day. I gave myself a month to “get over it”, not journey through it month after month. But there was C.S. Lewis ranting and rambling, in his eloquent way, about the loss of his wife– with no sign of him stopping. Oh, I’d give a widower leave to mourn his wife for as long as he needed, wouldn’t I? But what if I gave myself the same release to mourn my own losses?
My situation is less painful than his… I try to excuse myself. I should be okay by now. Ignoring the fact that by doing so I’m measuring and comparing grief (a dangerous thing to do). If we aren’t faithful in the “little” grievances, how do we begin to expect to deal with the huge? And how can you measure the deep, diverse pain of the heart?
That’s where I stop, and let C.S. Lewis’ rambling soak in.

I thought I could describe a state; make a map of sorrow. Sorrow, however, turns out to be not a state but a process. It needs not a map but a history, and if I don’t stop writing that history at some quite arbitrary point, there’s no reason why I should ever stop. There is something new to be chronicled every day…

Grief is like a long valley, a winding valley where any bend may reveal a totally new landscape. As I’ve already noted, not every bend does. Sometimes the surprise is the opposite one; you are presented with exactly the same sort of country you thought you had left behind miles ago. That is when you wonder whether the valley isn’t a circular trench. But it isn’t. There are partial recurrences, but the sequence doesn’t repeat. (p. 681)

The sequence doesn’t repeat. That’s what jumped out me, grabbed my freaked-out self, and stilled my stammering pen. I’ve been so afraid to keep writing down my painful experiences because I thought that my life was just on repeat. Seriously? I’m writing about this again? Yet despite the similar terrain, by the gentleness of Jesus, I have only ever moved forward in my journey through this “winding valley”.
So, sometimes I wonder what would have happened if C.S. Lewis published A Grief Observed under his own name. Yes, I believe not every heart-journey should be thrown to the public. But, still. I wonder. I wonder what it would be like to live in a world where famous Christian authors feel safe to be completely raw in their pain, full of stories of the presence of Jesus in the most damaged of hearts. I wonder what it would be like to be honoured for grieving with God, not just rejoicing and “praising anyway”. I wonder what it would like for me to be raw and honest, too.
Yet as C.S. Lewis writes in another story, one of sailing ships and calming storms–
“Courage, dear heart,” and the voice, she felt sure, was Aslan’s.
So, I will take courage.
Photo: Korsmans Landing, Myalls Lakes, Australia. February 2016.
[Then I wrote this: When Honesty Means Exaggeration]
More #16books2016:
#1 Go Set a Watchman by Harper Lee
#2 When God Whispers Your Name by Max Lucado