“Tolkien made the point that myths and legends originated in God and that they carry some aspect of truth about God. In fact, in writing stories based around these myths, a writer may actually be doing God’s work. Jack nodded in agreement.” (Excerpt of C.S. Lewis’ conversion experience, p. 84) 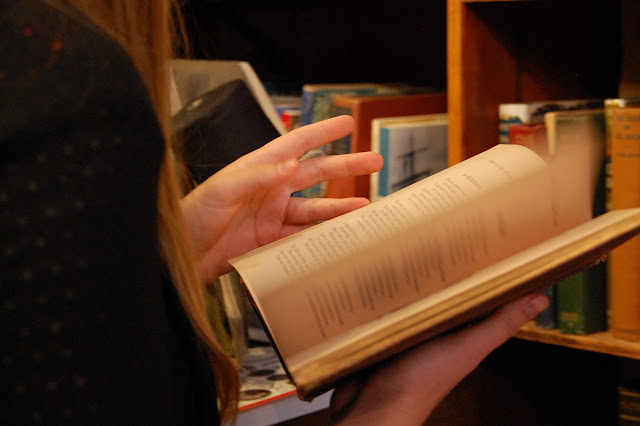 Irish country farm. Horrific, punishing boarding schools in England. Bullets whistling over WWI trenches in France. As hours of Australian countryside flew past me, I read and read about C.S. Lewis’ life (or I should say, Jack’s life, as he was known)– his tragedy, his joy, his wisdom. And the thought that kept coming up was, How did I not know this before?

I seem to have a habit of being a remarkable fan of certain authors, yet being absolutely clueless about their lives. C.S. Lewis was no exception. I’ve read the Narnia series over and over and over again (and extra over agains on The Horse and His Boy and The Voyage of the Dawn Treader). However, I’ve known only slight brushstrokes about the real experiences that gave his stories their beauty and depth.

For example, I only discovered two years ago that he was born in Ireland– Belfast is not an English city! (Why couldn’t my missionary kid upbringing at least tell me that? I guess because I was the farthest from Europe you could get). Then, I had no idea (til this month) that when he lightly mentioned cruel conditions of old schools in The Silver Chair? He was telling his own story. Then, those wise comments about the horrors of war in The Lion, the Witch, and the Wardrobe– he was explaining to children not an unseen caution, but instead, that which he never wanted to see again.

Write a book, write a book. Because I love writing– and do it quite often– many people have said this to me, too. I’ve told it to myself countless times. Write a book. For the longest time I didn’t, because I didn’t see anything exciting about my life. Then, once I saw that growing up as a missionary kid in Hawaii (and living in New Zealand, later, too) was actually quite a story? Well, that’s where it hits me. How scary it must have been for him to write what he knew. (I have written a short memoir about being a YWAM Kid, it needs a little more work. But that’s another story for another day!).

Yet reading C.S. Lewis’ biography shocked me– when he wanted to write a book, he just did it. I have so many ideas mulling around, some have been stewing for over five years– yet he just had an idea, and he did it. No fuss about “oh I don’t have the time” or my personal favourite (and most common excuse) “I need a word of the Lord”. Yes, it is much easier to write when God has given you a specific task. But what if your dad gave you a gift– do you always wait for his permission to use it? Yes, you ask for instruction and help…

But more often than not, I hear Him saying with a smile: Just get on with it!

“…a writer may actually be doing God’s work…”


Photo: Me in a bookstore, Kansas City, USA, by Savannah Stark. September 2011.