The Magical Bookstore Cafe (An Excerpt of Story-Writing)

[Typed on the train from Sydney to Newcastle during DTS outreach] 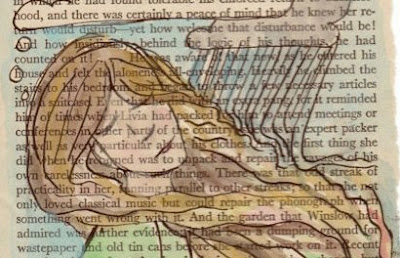 Backpack lagging her steps, she finally spots it. Gertrude and Alice. Or as her friends fondly called it, the Magical Bookstore Cafe. And that precisely what it was, right in front of her. Espresso machines almost nestled inside bookshelves, cafe tables in between walls of novels. Was her dream a reality? Yes. Yes it was.
Absent-mindedly she catches her friends eyes, they are chatting happily to her, but she is in a daze. She attends to the conversation as long as her wandering eyes allow… she apologises for being “a bit of a space cadet” while in a bookstore. She excuses herself, and is engulfed in the scent of lattes and old books.
Fingering the titles, she whispers each one by name, waking up dreams long dormant. You want to be an author, they say, You want to be like us… and she finds it to be true. However, she casts her eyes down to the carpet.
But I can’t write a story… she whispers back sadly to the choir of books above her.
Why? they answer back, aghast and surprised. They see in her the seeds of a great authoress– just from the way her hungry eyes look up at them, starving to have herself up there along with them. Why can’t you write a story?
Her eyes dart furtively up, wondering if they can be trusted. But she gives up the facade– she’s not going to hide in front of the ones she longs to be among.
I’ve had my heart broken. The wound appears, like splattered paint suddenly visible– the truth throbbing in her chest.

Welcome to the human race, they reply. Go, and write.